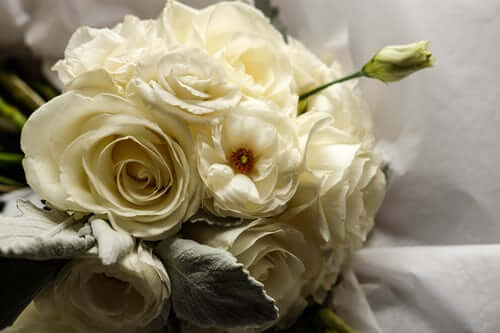 Have you heard of White Valentine’s Day? If you celebrate Valentine’s Day in Europe or America, you may not have done. So let me explain what it is and why it could be an exciting day for you.

I live in the UK. On 14th February, we celebrate Valentine’s Day. If you have a crush or a love, it is customary to show that person how you feel by giving them a gift. It doesn’t matter if you do not know the person that well; if you are boyfriend and girlfriend, partners or married. The intention is to show affection. You can give a gift and receive one, no matter if you are a boy, girl, man or woman.

However, this custom is slightly different in Japan, South Korea and Taiwan. These countries also celebrate Valentines Day on the 14th February. However it is only the female giving the male a gift.

In 1977, in Japan this all changed. Zengo Ishimura, the owner of a confectionery store called Ishimuramanseido was looking for some inspiration for new products. He looked through magazines to see what was current and popular at that time. A letter from a female subscriber held his attention. She was writing about Valentine’s Day and why she disliked part of the tradition.

“It’s not really fair that men get chocolate from women on Valentine’s Day but they don’t return the favour. Why don’t they give us something? A handkerchief, candy, even marshmallows…”

This thought stayed with Ishimura and he thereafter invented a special day, – ‘Marshmallow Day’. Men would reciprocate the gifts they received on Valentine’s Day. The meaning behind this day was to show their appreciation of the presents they had received. He asked the women employed at his factory what date they would like this day on. They decided on 14th March, exactly one month after Valentine’s Day.

The name was changed to ‘White Day’ in Japan in 1978 by the National Confectionery Industry Association. It was called ‘White Day’ for two reasons. The first was that white is the color of sugar. The second is that white is the color of pure, innocent love. Although there is a very commercial twist behind this, I do think this is a very nice idea and should be celebrated. It makes sense that both men and women experience the joy behind the experiences of both giving and receiving.

To help the day achieve popularity and create business for his store, Ishimura invented a sweet especially for this day. The treat was made of marshmallow and had chocolate inside it. Initially popular, other companies started started selling white treats after Valentine’s Day on 14th February. In the 1980’s South Korea and Taiwan adopted White Day and also included white chocolate and other gifts.

There are certain rules to this day. In the UK, both men and women give a gift to each other and decide the cost of it themselves. On White Valentine’s Day, the men have to return a gift that is approximately three times the cost of the woman’s. If you don’t, it is looked upon as you saying you are superior. However, if you give a gift of equal value, it is seen as a sign that you are about to end the relationship.

The traditional gift is marshmallows, as these are historically white. This is the sweet invented for this day. For your choice, we have The Naked Marshmallow. The heading tells us exactly what they sell. There is also Yumbles who bring us gift boxes and toasting selections. They make me want to be near a bonfire, ready for a gooey marshmallow treat.

Here Amazon have bought us a selection of white chocolate gifts. These range from White chocolate buttons to Thorton’s and Belgium chocolate. Treats for the whole family.

To treat your romantic partner, Thornton’s have put together beautiful presented selections.

Waitrose, and most other supermarkets participate in celebrating the romance of this day. They offer white bouquets to adorn your love’s house.

For a bigger selection, go to Bloom and Wild, where you can almost smell the flowers offered.

To prepare yourself for the next White Day, I suggest you read up on the array of white flowers available in ‘Style Craze’. You can dazzle your love with your knowledge on everything white that blooms.

Candles are sold almost everywhere. For this day you want to make sure it is white and has an aroma your intended will love. You can find a great selection in John Lewis, or in Anthropoligie and let’s not forget Yankee Candles.

Lastly, for those who wish to spend a little more, why don’t you visit Beaverbrooks? A high street chain, white jewelry is plentiful here. Or, if you wish to make a statement, look at Swarovski.

Why isn’t White Valentine’s Day celebrated in the western world?

White Day actually took a while to become popular in Japan. It then spread to South Korea and Taiwan but is not celebrated any further in the world. Mainly because on Valentine’s Day, both men and women exchange gifts in other countries. So there is not really any need for the day. However, wouldn’t it be nice to observe it? If you received a gift 14th February, then you could return the thought the next month. If you forgot to buy your loved one a card or present (heaven forbid!), then you can use this day as an excuse to be romantic.

When I was a teenager, Valentine’s Gifts and cards were very special. Mainly because it was a new experience and romance was a new concept to me. The romance felt special. As the card or gift was often from someone I was not dating, there was also an element of surprise. It would have been lovely to also have White Valentine’s Day, where I could show my returned affection to my suitor!

If you are going to celebrate this, it would be good thinking to plan ahead.