Life without him near me 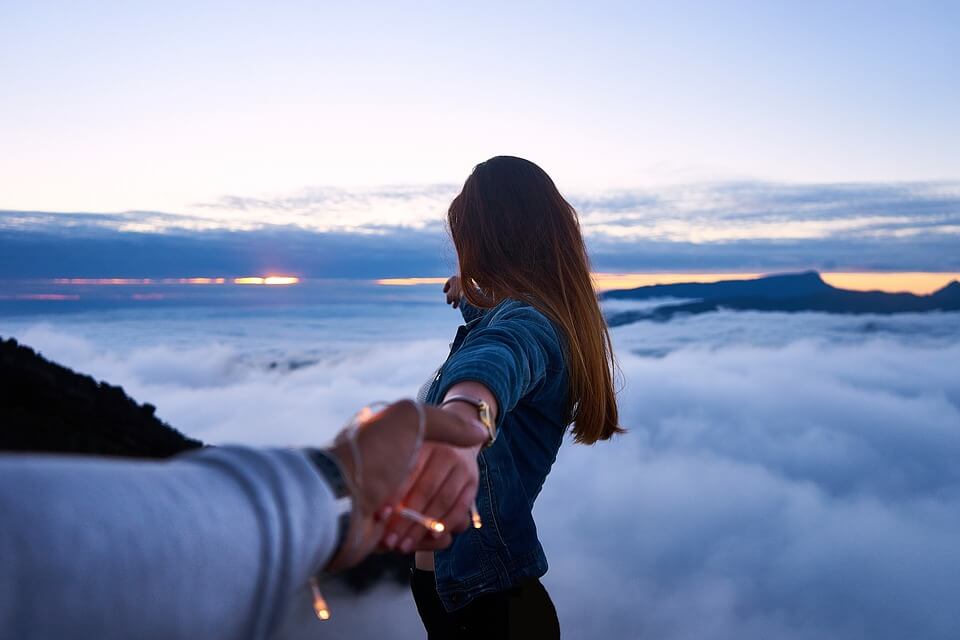 Here is a question for you – What emotions would you feel if a dear person in your life was leaving you? Confusion? Anger? Grief? Upset?

I know this question does not produce many answers but rather leads to more questions. Who is this person? Under what circumstance are they leaving? The nuances in the sentence lead down many converging paths and is vague but also truthful.

As my boyfriend often says to me, ‘Let me tell you a story’……

Two years ago I was ready to dip a well-manicured toe back into the somewhat tepid world of dating. Apologies men who may be reading this but my online foray revealed a world of not too attractive, divorced men with ‘extra cushioning’ (for a rainy day?) around their middle.

The last time I had dated, my age group were young, virile and ready to take on the world. With me! Together, I believed we would forge a path, bear the fruit of our loins and impact the world.

Well, a decade or so later, after a sudden and very poorly timed break-up, I was ready to meet a new someone. My Prince Charming vision was firmly shattered and my mind jaded. Deciding to look upon the experience as making friends and visiting new places, I tentatively signed onto an online dating site. After all, being a single mum with not much in the way of babysitters does not allow much opportunity to meet a potential date.

A few dates and a couple of weird situations later, I met a geologist through a friend. In the beginning, it was his profession and his travelling that interested me, not just his good looks! From Colombia, working on an oil project in the North Sea, his conversations were varied. There was no interest in fishing, no naked pictures to have to contend with. And no dog! Finally!

After meeting my Colombian, I can only describe the beginning of our relationship like the unfurling of a flower. Like a ballerina who had previously broken a limb tentatively stretching her limbs, testing, then gracefully extending to fulfil her potential.

Fast forward two fantastic years and I have no regrets. I have previously had several good relationships, been in love and even produced two amazing children. However, I have never before met someone who challenges me, inspires me, fills me with laughter til I burst, makes me love with no boundaries and produces a fierce protectiveness.

Please don’t get me wrong, I am an ardent believer in myself. I have come through adversity and the changes in my recent life are there because I pursued them. However, emotionally the four years before I met my Colombian were cruel. Loosing my daughter then my relationship, moving to a place I had no family nor friends meant I had to be tough for me and my son. So I learnt to hide emotion. To recognise when it was surfacing and learn tactics to push it down. Not the best strategy for mental health but we do what we believe is right at the time and what helps us survive.

During these last two years, I have started a new position at my day job, created this blog, a Facebook group on parental bereavement and am writing an online course on parental bereavement. Previously, I had not written creatively since my twenties. I had not been encouraged to explore a new adventure for a long time, Now, my creative juices were flowing and my road ahead was paved with sunshine and possibilities.

However, there is a but. No Cinderella ending for this story. Due to the oil price and coronavirus, my Colombian has to leave. Oil projects across the world are being shelved and non-nationals are having to return to their home country as their work visas are no longer current.

So after two years of greatness, I find myself at a standstill. My heart wants to weep, my voice wants to scream and my entirety is confused, angry and at a crossroads. Am I supposed to just be grateful for the last two years? For meeting a soul equal to mine in creativity and encouragement. If so, why do I also want to stamp my feet and ‘rage, rage’ rage into the night’. At the unfairness of it all.

So, yes, at the moment I feel confusion, anger and grief. This dear, dear person is leaving my day to day life. And I can no longer see the sunshine or the flowers on the path ahead. The next chapter of my life is unknown. My son has just started secondary school and is becoming more independent. Opportunity seems to be both uncertain and full of potential at the same time.

Once again, an area of my life is at a cross-roads. Once again, I am full of conflicting emotions. So I have decided that my philosophy is this: don’t let bad emotions or situations overwhelm or dominate you. Most of the women reading this would have had adversity at some point in their lives. So in either your high heels or your pumps, run towards your future and embrace the unknown. Whatever the next stage in our lives brings, we owe it to ourselves to fully live it.