‘How is my bereaved face?’ 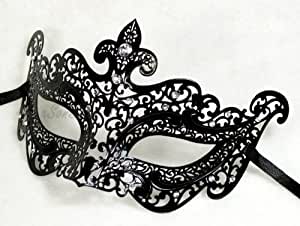 Recently, I was called out for having ‘inadequate and fake grief’ and also, bizarrely, for the fact that I am a ‘blogger’.

Have you ever been publicly criticized on your social media accounts or been called fake? How did it make you feel?

Last weekend, my 11 year old son had a sore throat, then a cough. Before I lost my daughter, a cold was just that – ‘a cold’. I have never been a helicopter parent and a virus was something I kept an eye on but did not let worry me.

Post losing my daughter, my son developing a cold triggers an alarm inside of me. Is this an innocent cold? Or could it be the start of something else? I watch the symptoms a little closer, calm the flutter of potential panic inside of me and try to hold onto reality.

In October 2020, my son developing a consistent cold produced a feeling I have not experienced since the day we took our daughter to hospital. With my son, it was a Sunday afternoon; as well as coughing, he had an upset tummy and google told me this is an early gastro symptom of Covid-19 in children. Sitting by myself and listening to him cough, I concluded I needed to book him a test. I then inwardly panicked and had to be in a room by myself to calm down. My memory flew back years to rushing to the emergency ward in the hospital. The flashback was instantaneous and hideous and now mixed with what I have read about patients with covid.

Fast forward two days and a negative test result came through. Massive relief followed, both from me and from my son. Although I tried my best not to display the tumultuous emotions I had been through, my son also knew what could happen with this virus and must have also spent the two days worrying. It just being the two of us here only intensified the negative feelings, as there is no other adult to mull things over the implications with.

‘What gives a person the right to decide how much somebody should publicly grieve?

Back to work and back to school, I posted about the experience in a Facebook bereavement group I belong to. Many members had also had similar scares and shared how intense this is when you have already been through bereavement. However, one negative comment came from somebody who had also read my family blog and decided it did not have the ‘correct’ amount of grief so therefore this person concluded that I am fake. This shook me up and then niggled at me and I started wondering about the following questions.

What ‘face’ am I supposed to wear as a bereaved parent?

In the western world, there are unfortunately ‘socially acceptable’ stages for your grief. Funerals portray a casket and mourners in black. You do not see the deceased person and it is a sad but controlled event. For my daughter, family saw and cuddled her right until the end and we all wore colour to celebrate her life. Strike one to me, as this is not considered acceptable in this part of the world.

What forum is it acceptable for the bereaved person to talk about it?

It is also not acceptable to shout about your loss. You keep quiet about it, grieve and do not even dare to be happy in certain situations. It can be a very confusing time. I had several family friends who told me at the funeral I should not be grieving as my daughter was better off in heaven. My thoughts? Besides one that can’t be repeated, I hold that even the strongest Christian would grieve if they lost their child in the life they are currently living. Apparently, my ‘bereavement face’ was the wrong one at that time also. Strike two!

Now, a few years later, I sometimes also feel slight disapproval. I am happy. My son is 11 and doing well at school and in life. My boyfriend is amazing and I like my job. However, I now feel people are split into two camps. Some, like this woman making a nasty comment on FB, believe that as I am not externally grieving and wailing every day, that I am ‘fake’. Some are the opposite and wonder ‘why have I not moved on’ when I do show emotion in front of them. In this culture, I can’t win. Too much emotion makes others feel uncomfortable, showing a lack of emotion makes them wonder if I am real. This is strike three and it now appears I am out. In the western world, it is difficult to grieve according to our societal rules.

Around the world, death and grief are different concepts. With Hindu custom, the deceased person can be viewed by guests and the family must stay with the body for a day, which is then cremated. At the cremation, mourners are encouraged to wear white as black is seen as inappropriate. Mourning has an official time period of 10 – 30 days. This relaxed attitude may be because their religion says that the individual soul has been re-incarnated. They are not gone forever from this world, which is what the Christian doctrine writes.

Buddhists believe death and cremation free the body. That reincarnation is inevitable which tempers any grief. Again, the person is not leaving you for a world you are not a part of. They will be staying in yours, albeit in a different form.

Have you ever lost a close family member? If so, firstly – virtual hugs to you. Secondly, you will know how hard the loss hits you and how your physical, mental and emotional reaction is like nothing you have ever experienced. However, what you really do not expect are the reactions of some people around you. I lost a friend over this, someone who ‘ghosted’ me after the funeral. Also, a friend of mine who’s son was still-born lost a few friends, over her level of grief. With friends like those……..

My point is that there are many different faces for both bereavement and grief. Because our daily life walks through society, we regularly take one off and put another on to conform with the rules. Sometimes, we look so happy it is almost without a care in the world. On other occasions, we would not even recognise our own face in the mirror, it is so contorted with grief. There are a multitude of masks lined up in the drawer, waiting for its own occasion to be worn. So please, nobody judge what appears on the outside. It is what is on the inside that is special and worth knowing.

On behalf of all bereaved parents