Do we need to talk about race? 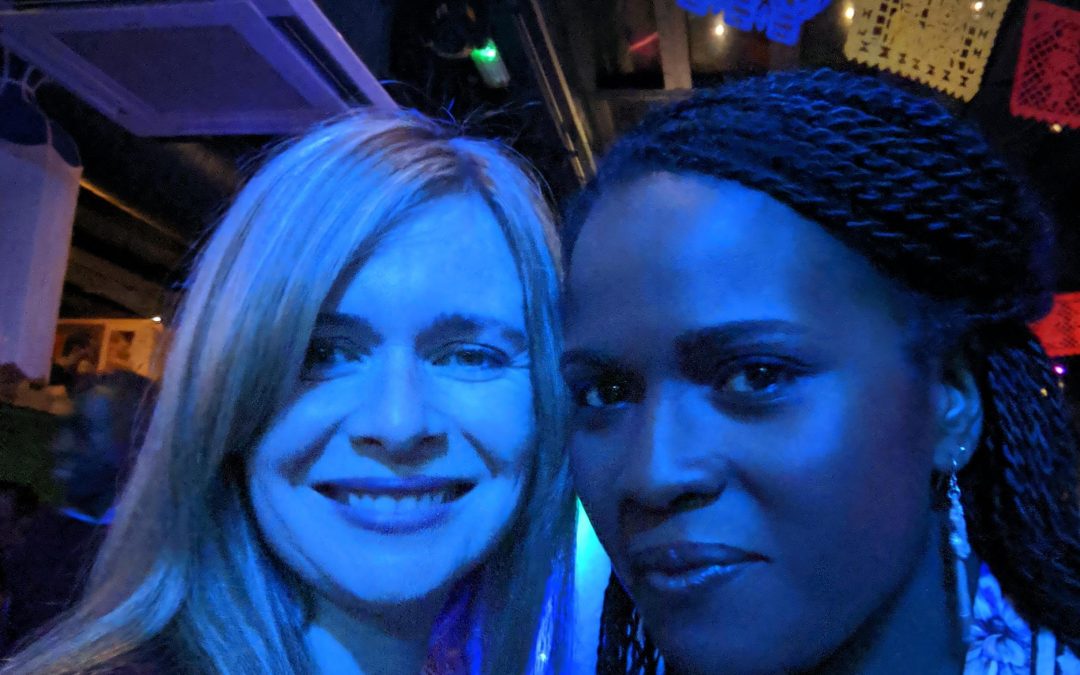 ‘Hating people because of their colour is wrong. And it doesn’t matter which colour does the hating. It’s just plain wrong’.

The word ‘racism’ conjures up feelings of hate, of division, of discord. All feelings most of us try to avoid so why is it that we sometimes let prejudiced feelings get the better of us?

Even if you have not been following the news recently, there is little chance you have not heard about what happened to George Floyd, a black man living in Minneapolis. At 46 years old, he was stopped and arrested for allegedly using a fake $20 note. After the police arrived on the scene, they found him drunk and in his car. Video footage shows that he was not violent but already in distress. He did not want to get into the police car and apparently said he was claustrophobic. After many attempts to force him in the car, he fell to the floor where a white police officer thought it a good thing to put his knee on his neck and keep it there until he died. Even though he can be heard repeatedly saying that he could not breathe.

This horrific incident has caused a viral sensation, sent shock waves across the world and caused the issue of racism to once again rear its incredibly ugly head. There were no proclamations of racist intent from the white policeman or the others witnessing this scene, however it has become the current figurehead for the countless cases that accrue and count towards racist behaviour.

Why do we still struggle for equality?

Most of us live our lives in a bubble. Some stay near to where we grew up all our lives, have the same friends and only expand our circle a little. Consequently, there are no life experiences that question your belief system, your morals. Life is safe in your little bubble. You may believe you are showing solidarity by putting a black square on your social media at this time but that particular campaign will end in a few weeks. The best way to show solidarity amongst all ethnic groups is to get to know people who look different, act different and speak differently to you. That will truly stretch your bubble and expand your mind.

I worry about different things nowadays than I used to when I was younger. Over the years my family has gone from all white to a blended one. I am white and my ethnic heritage is Scandinavian. My ex partner is Jamaican. My children are mixed race. They also have mixed race cousins. The people I care about the most in my life make up my family. We are not all biologically related but together we make a solid unit.  As far as I am concerned, my closest family consists of the following people:

I grew up in a very white, middle-class area. Had I stayed there, I might have different ideas and values to those I have today. However, having lived in different countries and areas with contrasting demographics,  I can count many different types of people amongst my friends and am blessed to know more about the world through them.

Do you see colour?

Many people think it is respectful and non-racist to say that they do not see colour. My question is ‘How can you not see colour?’ To not see it is to be disrespectful to the persons heritage. Whatever country they were brought up in, at some point in their lineage, they have a fascinating heritage, one that is interesting to get to know. I choose to make friends based on my connection with the individual, not their skin colour; however the stronger my connection with that person, the more I learn of their background, their culture, their history.

I have been asked before by people I know, why my partner was not ‘English’. (This was in reference to my children’s Jamaican father).  I have always found this a very strange question. Why was it important where my boyfriend came from? Would I be asked a similar question had he been white? This demonstrated the narrow-minded attitude of the people who asked me, who made huge and incorrect assumptions, and who also, by default were asking me why I had not chosen a white man. My sons father was born and brought up in this country, sounds far more cockney than I do and supports Spurs! If you asked him what his origins were, he would say British Jamaican, a title I would whole heartedly agree with. Would I have called these people racist? No, I wouldn’t. However, I would say that due to living in a bubble, no experiences were allowed in that would have shown a whole new way of looking at the world and the variety of people that fill it. Arguably, it could be said these people have a narrow minded and slightly intolerant attitude.

The right way to look upon the world.

I have a ten year old son who is mixed race. One day when he was about seven, I was waiting at his classroom to pick him up from school. Chatting to him about his day, I noticed one of his classmates staring at us. This little boy had a puzzled look on his face and asked me who I was. I replied that I was my son’s mummy. ‘So why is he brown when you are white?’ he asked. I thought this was a good question for him to ask and told him that my sons dad has far darker skin and that when you mix a dark colour and a light colour together, you get a beautiful colour that is half way between. The little boy no longer looked confused as I had solved his question.  No racism, no bad feelings, just  a little boy trying and succeeding in understanding the dynamics of a family.

My family consist of the people who are the most important to me. We love each other and respect each other. I couldn’t care less if they are black, brown, white, pink or blue! I love them for who they are and we benefit from each other. I am grateful for my open-minded approach to others. It has blessed me and made the world far smaller and its delights far more accessible. Why bother being racist or intolerant when you can leave that fear behind and love everyone for who they are as an individual. Its far more exciting!

My son and his cousins are the future. They now live in a multi-cultural society. Some would say being mixed-race will work against them in their future. I prefer to be more optimistic and say they will make it will work for them. They have the best of two races, they have two countries to call their own, two cultures to absorb. They are already open-minded so are one step ahead of many others. They are the ones to demolish racism and laugh in the face of intolerance. They are the blended face of a new, tolerant society. So don’t be angry, don’t throw your fear at others. Embrace their differences and open your mind.